The resident faculty left yet another image outside the mail room this morning. The staff weren’t chattering, so we hope it was just a clue…. (More)

First our thanks to last week’s writers….

On Monday, you shared your stories of political activism in Things We Did This Week and Linda Lee pondered What Not to Do in Midday Matinee.

On Wednesday, the Squirrel auditioned Ted Cruz and the Climate Nuts in Morning Feature and Linda Lee encouraged More Kindness in Midday Matinee.

On Thursday, the resident faculty saw Fraternities Lobby for Right to Rape in Morning Feature and triciawyse brought us Fursdai Furries in Midday Matinee.

Thus we return to the image left outside the mail room as the resident faculty made their way from the library where they spent the weekend thinking on our motto of Magis vinum, magis verum (“More wine, more truth”) to the faculty lounge for their weekly planning conference: 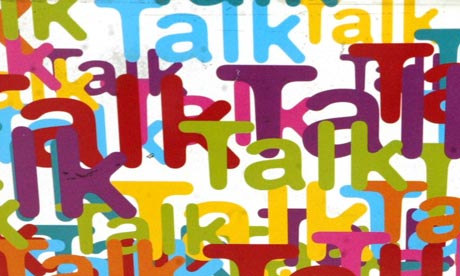 “We weren’t talking that loud,” Chef said as she brought out the decoder ring.

“They could have just asked us to tone it down,” the Janitor agreed.

The Squirrel watched Chef scrape stray pecans into his bowl and tapped at his Blewberry. “I don’t think that image was about us. They were talking about other stuff.”

“What other stuff?” Chef asked as she slid the bowl to the Squirrel.

“It was hard to be sure,” the Squirrel texted. “They were all talking at once. Well, except Ms. Scarlet. She was designing her new laundry mark. It’s an S in deep red script. Very striking.”

The Janitor chuckled. “She wants to wear a scarlet letter?”

The Squirrel nibbled a pecan and tapped at his Blewberry. “Professor Plum asked the same question, between chattering about other stuff.”

“Before we get to that,” the Janitor interjected, “how did Ms. Scarlet reply to Professor Plum’s question?”

“She said his new laundry mark should be his name, in purple lettering,” the Squirrel said. “Her exact words were, ‘the scarlet letter meets purple prose.'”

Chef snorted a mouthful of coffee and dabbed her nose. “Okay then.”

“Mrs. Squirrel coughed macadamia bits when she heard that,” the Squirrel texted. “The twins asked why, but Mrs. Squirrel just dabbed her whiskers quietly.”

“Too soon to tell them about the birds and the bees?” the Janitor asked.

“Oh no,” the Squirrel texted. “We told them about the birds and the bees months ago. And the deer and the otters.”

The Janitor cocked a brow. “I’ve never heard about the deer and the otters. What’s that?”

“Before we get to that,” Chef interjected, “what other stuff were the resident faculty chattering about?”

“In other words,” Chef said, “if the Iran talks reach a deal this week, the resident faculty will talk about that, but if not they’ll talk something else?”

“Like the deer and the otters?” the Janitor suggested.

“They didn’t mention that,” the Squirrel texted.

Morning Feature – Back to the Bakery? (Meta Monday)

Morning Feature: Fighting For Good Jobs, Not Just a Paycheck