The resident faculty left a seasonal photo outside the mail room this morning. The staff don’t think we’d been especially grinchy, so we hope it was just their weekly clue…. (More)

On Monday, you shared your stories of offline political activism in Things We Did This Week and Linda Lee mused on The Buffalo Effect in Midday Matinee.

On Wednesday, we asked How Innocent Are You? in Morning Feature, Linda Lee celebrated Average Mohamed in Midday Matinee, and Winter B spotted Recycling Reusable Shopping Bags in Our Earth.

Thus we return to the seasonal photo left outside the mail room as the resident faculty made their way from the library where they spent the weekend thinking on our motto of Magis vinum, magis verum (“More wine, more truth”) to the faculty lounge for their weekly planning conference: 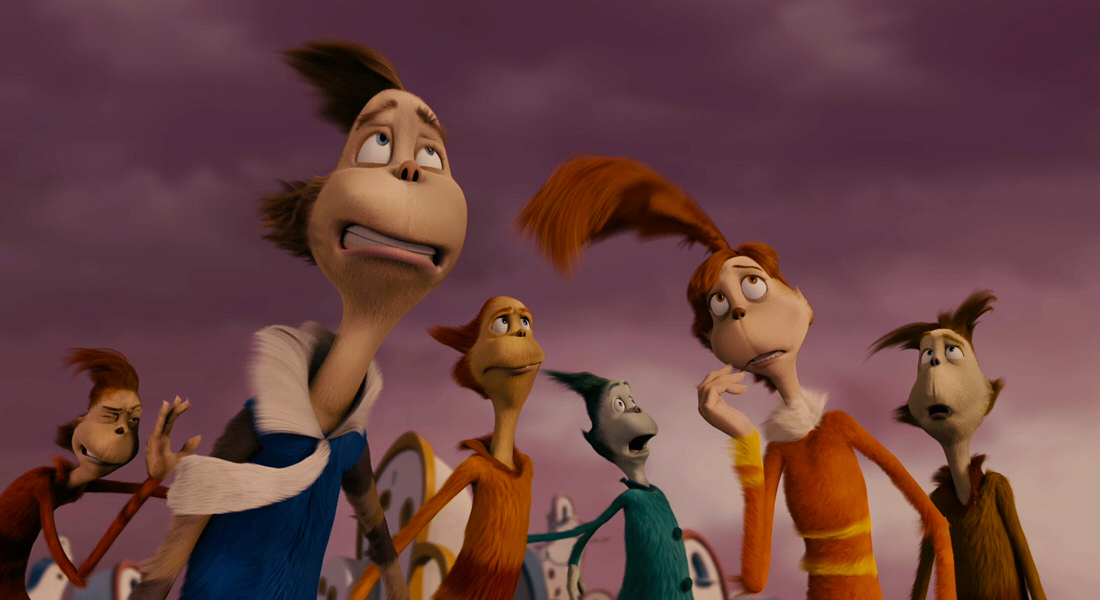 “Ooh, the Whos” Chef asked as she brought out the decoder ring:

“Umm, that’s not The Who,” the Janitor said. “Unless they’ve all had plastic surgery.”

“Please don’t start that Abbot & Costello routine,” the Squirrel texted. “At least not until Chef scrapes the stray pecans into my bowl?”

Chef paused and tapped the bowl with her fingernail.

The Squirrel nodded and tapped at his Blewberry. “Oops. Please?”

Chef smiled and began scraping stray pecans into the Squirrel’s bowl. “Not The Who. They’re a band. The Whos – plural – are the residents of Whoville, in Dr. Seuss’ How the Grinch Stole Christmas.”

The Janitor looked at the photo again. “Ahh. I’m used to the cartoon. These Whos are digitally rendered. But I thought there were more of them.”

The Squirrel nibbled a pecan and tapped at his Blewberry. “That’s the clue.”

The Squirrel nodded. “Like the Twitter hashtags,” he texted. “#NotAllWhites. #NotAllMen. #NotAllChristians. It’s a common derailing tactic whenever anyone tweets or talks or writes about privilege:”

“Ahh,” Chef said. “So this week the resident faculty will unpack privilege in the wake of Ferguson, the attack on the Mexican consulate in Austin, and other recent news events, and explore how disparaging #AllOfThem while insisting #NotAllOfUs exemplifies the privilege they’re denying?”

The Squirrel looked at Chef and texted, “You listened outside the squirrel bath too?”

Chef shrugged. “Most of my kitchen towels were missing. I had a pretty good idea where to look.”

Mixed Nuts – The Martian Conspiracies, plus the GOP Meltdown Continues

Alex Jones Runs from His Words

The Future of Truth