I know you’re wondering if I finally wrote the perfect viral listicle and broke the internet. It wasn’t me. (More)

Humans love to blame squirrels for your problems. For example, you say we cause power outages by chewing through the lines. Well yes, sometimes. But I checked Chitter – it’s on a separate network – and squirrels hadn’t chewed through the internet. So that wasn’t the problem this morning.

The problem also wasn’t my perfect viral listicle, because I hadn’t posted it yet. Last week’s listicle on 7 Smart Humans Who Are Not Squirrels went kind-of-viral – 19 tweets! – so I know I’m getting better at this. So here goes….

1. “I was watching the Disney Channel” 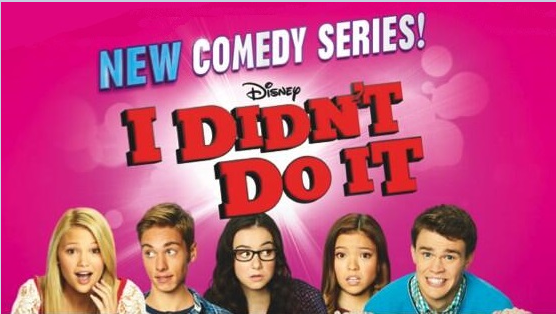 It turns out there’s a Disney Channel sitcom titled I Didn’t Do It, so you could claim you were watching that when it happened. You can even watch old episodes online, so you’ll be ready to explain the plot. 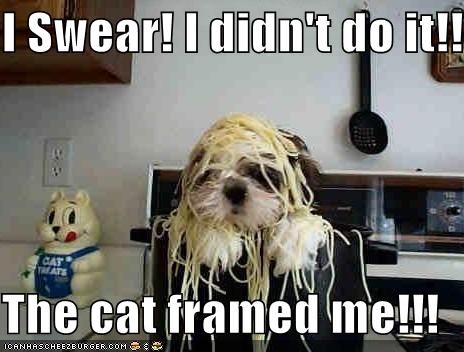 This one works if you have a cat. Or a sibling. Like one time mom was upset about the mess in the drey and … well, I’m sure my brother has forgotten about that by now and I shouldn’t bring it up again.

This one never worked for me. Well, almost never. But your mileage may vary. 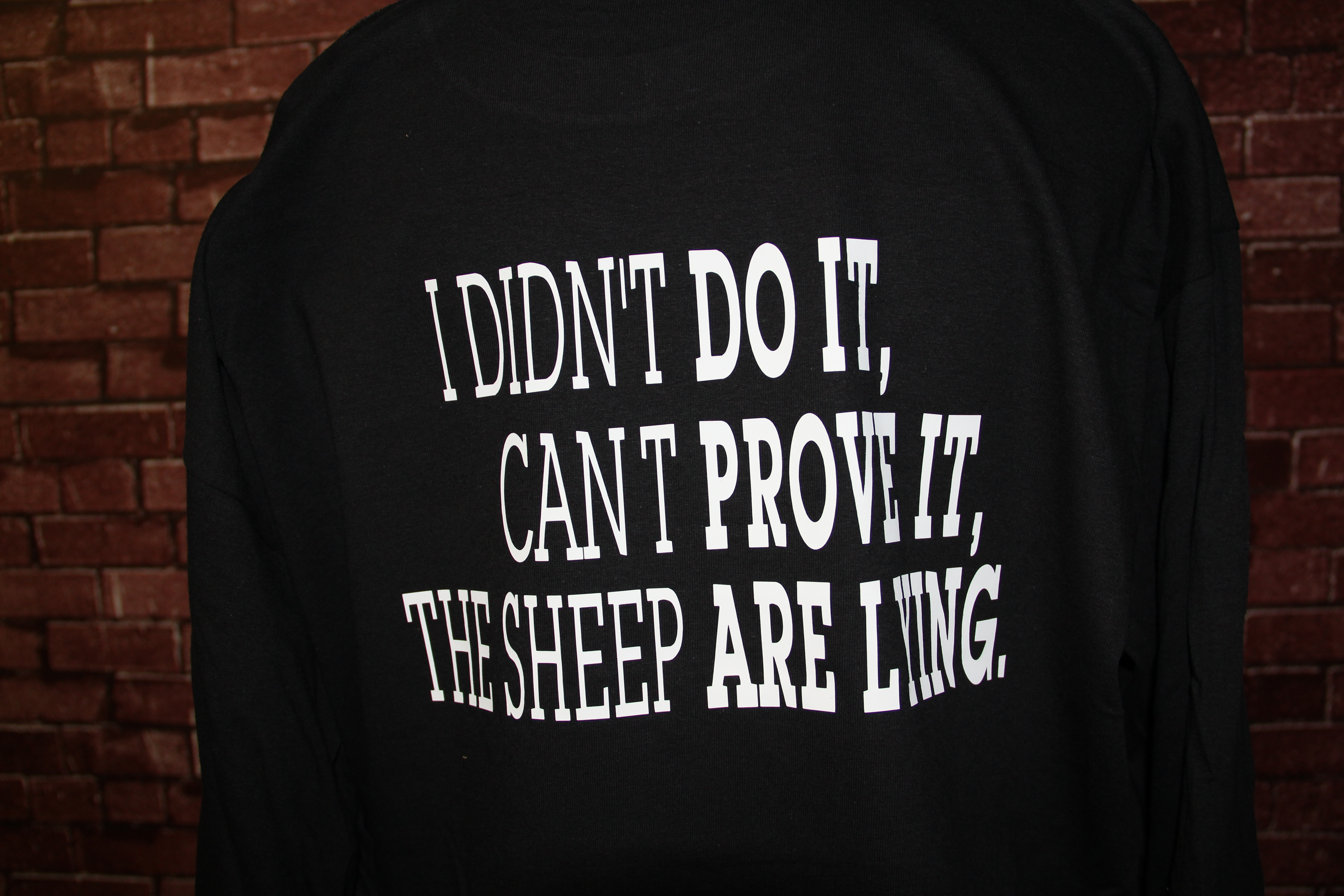 Be really careful with this one. They might have evidence and then things turn really ba-a-a-a-a-a-ad.

This one works until they fill in the “whatever it was,” and that may give you time to think of an alibi. Or an excuse. 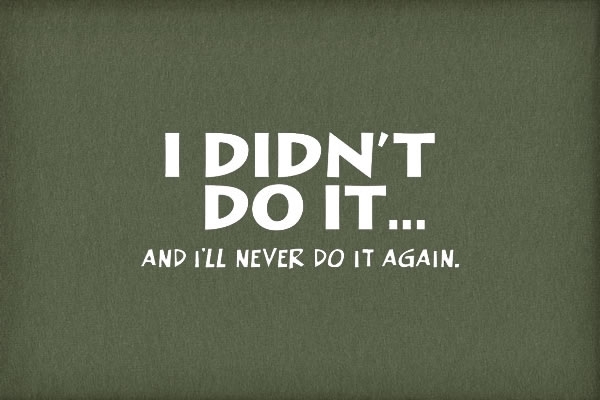 I’ve never used this one, and I’ll never use it again. Maybe it will work better for you. 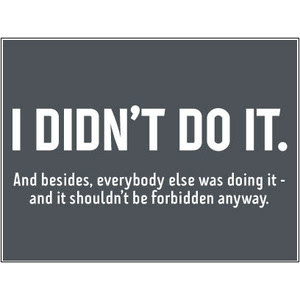 This one gets used often. (“But everyone was speeding, officer!” “But all my friends do it!”) I’ve never been stopped for speeding, but I tried the other version. Mom said “If all of your friends decided to jump out of a tree, would you … oh wait, squirrels do that. Let me think of another one.” I went off to nosh on a pecan while she pondered hypotheticals. I think she finally came up with the thing about chewing through power lines, but it’s been a long time.

Sometimes the problem is that you didn’t do it. When I was in school I told a teacher the dog ate my homework. She said: “Okay, just bring your dog in tomorrow.” I gave her my most adorable whisker twitch and said “It wasn’t my dog.” You don’t want to hear the rest of the story. Or maybe you do. But I don’t.

9. “I was watching the Investigation Discovery Channel”

Finally, there’s also a show titled I Didn’t Do It on Investigation Discovery, where shows about murder are the new soap operas. Or at least that’s what Time magazine called them. Anyway, you can watch old episodes there too. And these are stories about people who had to prove they didn’t do it, so maybe you can pick up some pointers for what to do after no one believes your denials.

I know I’m taking notes. So slide your cursor down and get busy on those share buttons … or I’ll need to prepare an alibi….

Morning Feature – Getting Lucky, Part I: The Ovarian Lottery

Health Care and the Bully-in-Chief