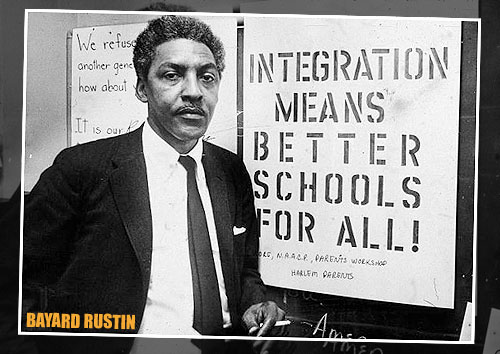 Obama Awards Bayard Rustin the Presidential Medal of Freedom – a profile of Bayard Rustin, whose substantial leadership of the Civil Rights Movement has gone largely unacknowledged, largely because he was gay.

Walmart’s Big Lie: No, It Doesn’t Create Jobs – a good overview of some of the studies showing that Walmart destroys far more jobs than it creates both at the local and national level.

Taken – a report on how civil forfeiture laws, which are supposed to allow police to confiscate illegally obtained assets from criminals, are being used and abused by police forces throughout the country to deprive people who are never charged with a crime of their money, cars, and houses with virtually no due process protections.

What About the Kids? – a series of essays about increasing childhood poverty, and the policy solutions that we know will work but which we are, unfortunately, not enacting.

The Brief, Tragic Reign of Consumers – and the Birth of a Happy Alternative – an essay regarding the societal and ecological dangers of rampant consumers, and urging the growth of a movement that focuses on measuring societal well-being based on happiness rather than material wealth.

Furthermore! – How Can the Saints Rebound?