The resident faculty left a photo of a Godzilla baby gum ball dispenser outside the mail room this morning. Their weekly clue delighted the Squirrel. (More)

On Monday, you shared your stories of offline political activism in Things We Did This Week and addisnana discussed Race and Expectations in Midday Matinee.

On Wednesday, the Squirrel announced I Am a Crypto-Platypus in Morning Feature, addisnana buzzed around Mosquitoes: Science vs. Me in Midday Matinee, and winterbanyan saw Wildfires a Growing Threat in Our Earth.

On Thursday, we began our series on Red Letter Law with Harm and Fairness in Morning Feature and triciawyse brought us Fursdai Furries in Midday Matinee.

On Friday, we continued our series on Red Letter Law with Liberty, Loyalty, and Authority in Morning Feature and triciawyse offered Frieday Critters in Midday Matinee.

That leaves only this photo, left outside the mail room by the resident faculty as they made their way from the library where they spent the weekend thinking on our motto of Magis vinum, magis verum (“More wine, more truth”) to the faculty lounge for their weekly planning conference: 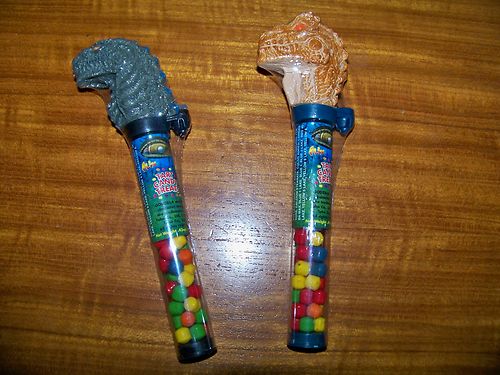 The Squirrel chittered in delight as he tapped on his Blewberry: “Ooh! That’s my favorite movie!”

The Janitor looked askance. “You like Roland Emmerich’s Godzilla?”

“Of course!” the Squirrel texted. “What’s not to like about it?”

“Well sure,” the Squirrel texted. “You have to suspend disbelief a little.”

“A little?” the Janitor asked. “Or enough to accept that Godzilla causes earthquakes when he walks, except when he walks up behind the hero? That everyone knows he’s radioactive but no one thinks to track him with a Geiger counter? That he’s twenty stories tall but can nest and lay eggs in a five-story arena? That he can burrow anywhere under Manhattan except into the tunnel where the heroes are trapped? That he can chomp through a helicopter but chokes on a taxi? Or that he can to topple every tower and snap every cable on the Brooklyn Bridge, but it doesn’t collapse under him?”

“Okay,” the Squirrel texted. “You have to suspend disbelief a lot. But it’s still my favorite movie, because I get to see humans experience life from a squirrel’s perspective. Plus I laugh when Jean Reno can’t get a cup of French roast or a croissant in New York City.”

“And the clue?” Chef asked.

“Oh, that’s easy,” the Squirrel texted. “This week the resident faculty will slip and slide around different topics.”

“Like when Godzilla’s babies slip and slide on the gum balls,” the Janitor said.

“Exactly,” the Squirrel texted. “Except the resident faculty won’t eat anyone.”

“I’m Not a White Nationalist?”