For this weekend’s reading list, we have articles on guns, criminal background checks, Japan’s miniscule rate of firearm killings, the Congressional Progressive Caucus’ Deal for All budgetary proposal, and always low wages at McDonald’s. (More) 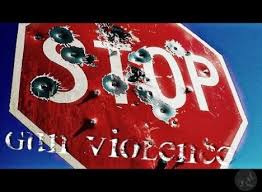 More Guns, More Mass Shootings – Coincidence? – Mother Jones‘ investigation of the links between the proliferation of guns and the high number of mass killings in the U.S.

Fatal Gaps – a report about the substantial gaps in the federal criminal background checking system for firearm purchases, and proposals on how those gaps can be closed

A Land Without Guns – an essay on how Japan has as few as two firearm killings per year in part because almost all guns are banned.

The Deal for All – a detailed accounting of the Congressional Progressive Caucus’s budgetary proposal, which seeks to protect earned benefits programs, increase revenue mostly through increased taxes on billionaires and big corporations, reduce military spending, and stimulate economic growth through investments in infrastructure and education

McDonald’s $8.25 Man and $8.75 Million CEO Shows Pay Gap – a story on the economic and other struggles of McDonald’s employees, and how many of those employees would have to work for 1 million hours to earn the amount of money that McDonald’s CEO takes home in a single year.

Furthermore! – How Low Can You Go?

Furthermore! – An Inside Look at Foreclosure