Our Earth: Egypt’s Next Crisis – Climate Change and Justice

While the world watches in awe as the people of Egypt in all their stereoscopic splendor relentlessly reinvent the concept of Revolution, perhaps our immersion in this struggle will sensitize and energize us finally to stare down and take up arms against the reality of climate change. For as tens of thousands of us resonate with the new knowledge that “We are all Egypt,” this reawakening of our core interconnectedness must be the catalyst to catapult us to action and awareness of the impact our lifestyles are having on the most vulnerable countries in the world.

You see, Egypt, once it has completed this stage in its struggle for independence and self governance, will need our assistance and care and unyielding commitment as it faces its next seemingly insurmountable hurdle: its extreme vulnerability to the ravages of climate change.

For while today the streets alongside the Mediterranean city of Alexandria throb with the life and passion of protesters – children, students, mothers and fathers, friends – and soldiers and looters and frustrated shopkeepers, the horrific truth is that this ancient city, within a few short years, will be underwater if the sea rises by just one meter!

Unless we act. Now. As one.

From 220 miles above Earth, one of the Expedition 25 crew members on the International Space Station took this night time photo featuring the bright lights of Cairo and Alexandria, Egypt on the Mediterranean coast. The Nile River and its delta stand out clearly as well. On the horizon, the airglow of the atmosphere is seen across the Mediterranean. The Sinai Peninsula, at right, is outlined with lights highlighting the Gulf of Suez and Gulf of Aqaba. NASA

When Egyptian farmer Mohssen el-Kafrawi invested money borrowed from a relative to cultivate a 4-acre plot in the recently created 6th of October governorate with tomatoes, he had no idea a few years later rising temperature would wipe out his business.

“This time I did whatever it took me in the past to produce good tomatoes,” el-Kafrawi, 50, said. “But none of the measures I took was good for anything. True, the weather was warmer this year, but could this destroy the plants?” he asked in an interview with The Egyptian Gazette.

A 50-year-old farmer, el-Kafrawi says his four acres traditionally produced 20 tons of tomatoes annually. In 2010, his yield dropped to 12 tons.

“I spent tens of thousands of pounds to cultivate the land with tomatoes,” he said. “But I am getting nothing in the end.”

Mohamed Eissa, the Chairman of the Egyptian Meteorological Authority, said Egypt’s 2010 summer was the hottest in years.

“This trend will rise in the future, which will have its effects on the geological formation of agricultural lands,” he added.

Always one of the world’s most water-scarce regions,the Middle East and North Africa (MENA) have developed over 3000 years a wide range of strategies and solutions to survive. Now, even the climate-sensitive agriculture they depend on is inadequate to adapt to rising temperatures, drought and floods.

A temperature increase of 1-3 degrees could expose 6–25 million people to coastal flooding, urban dwellers to heat island effect,” and ground ozone formations. Public health will be impacted by decreased availability and quality of water, as well as heat waves and poor air quality.

The rise in temperature is expected to be so extreme that current crops will not be able to withstand the heat.

While low-lying coastal areas — Tunisia, Qatar, Libya, UAE, Kuwait — will be impacted socially, economically, and ecologically by rising sea levels (.1 to 0.3 meters by the year 2050, and from about 0.1 to 0.9 meters by 2100) Egypt is expected to be most significantly impacted.
Egypt Builds Climate Change Plan For Cairo-Delta Region

By 2017, Egypt’s water needs may surpass its resources as rising sea levels inundate much of the county’s most fertile Delta region, currently home to 60 percent of Egypt’s 80 million people.

“Many of the towns and urban areas in the north of the Delta will suffer from the rise in the level of the Mediterranean with effect from 2020, and about 15 percent of Delta land is [currently] under threat from the rising sea level and the seepage [of salt water] into ground water,” Environment Minister George Maged told a parliamentary committee in 2009.

Soil salinity will threaten coastal food security due to the intrusion of salt water and the contamination of ground water resources.

A 2007 study by the Intergovernmental Panel on Climate Change suggests that by 2050 Egypt will experience a decrease in national production of many of its major crops ( –11% for rice to –28% for soybeans).

“Egypt does not have any specific plans to deal with the effects of climate change and global warming on its water resources and its share of the Nile River,” said Mosaad Qutb, the Director of the Central Laboratory for Agricultural Climate at the ARC.

“Farmers need agricultural planning and consultation to confront these changes successfully,” he added in a conference in Cairo last April. 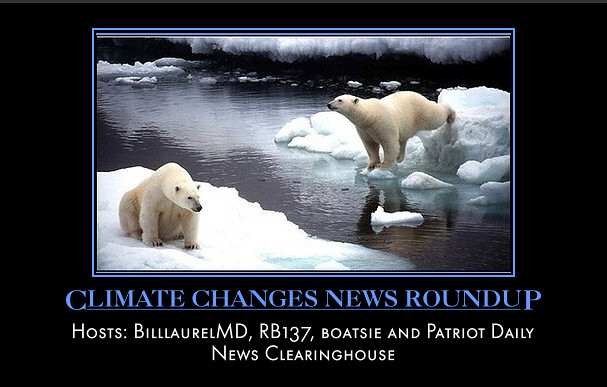