Showdown in Cancun: A Mayor Breakthrough!

This week in Cancun, governments and NGOs from around the world are taking another shot at solving the climate crisis after last year’s highly anticipated VIP-laden COP 15 conference in Copenhagen that created a big bubbly buzz and ended in a long contemplative sigh of nothingness.

While much of the approach to the Big Kahuna in Cancuna is still centered around cryptic diplomat speak that tries to accommodate everybody and pleases nobody, the one question that the indefatigable ecocity advocate Richard Register has been asking for over 35 years — Why on earth aren’t they talking about cities??? — 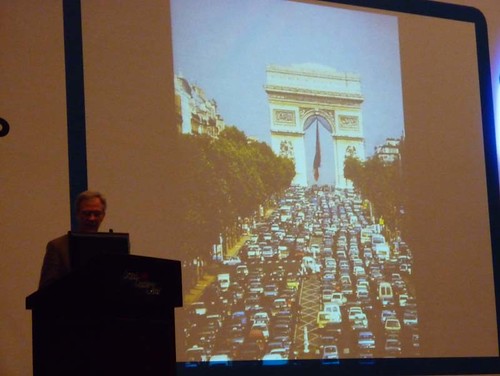 seems to finally have been heard:

After cities were shut out at COP15, Marcelo Ebrard, Mayor of Mexico City and Chair of the World Mayors Council on Climate Change, has been invited to speak at a high level panel at COP16. 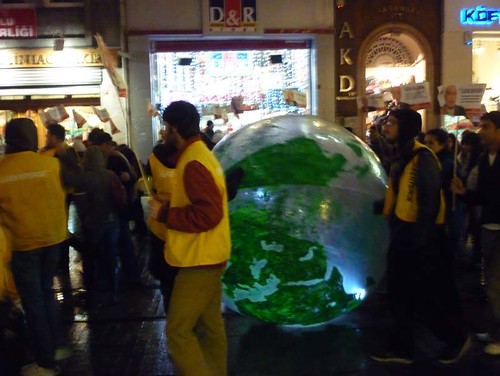 Okay, so I’m not an expert, insider, or have any other climate credentials to my name, but as a concerned and (hopefully) thinking global citizen all that carbon haggling just seems so distant, uninspiring and endlessly vague, as if we’re having ghost-negotiations about someone else’s planet. Looking at this year’s conference program still seems like an exercise in reading hieroglyphics. Yes, I know there’s been a lot of talk and negotiations since Kyoto that this is building on, but how on earth is this session going to inspire any action?:

Preparation of an outcome to be presented to the Conference of the Parties for adoption at its sixteenth session to enable the full, effective and sustained implementation of the Convention through long-term cooperative action now, up to and beyond 2012

Sure, I can dig it, this is policy wonk/diplomat/lawyer speak that’s necessary to set up a system by which entire countries will reduce/trade/sell/shuffle/buy/barter/postpone/preempt their CO2 emissions, but I just can’t help wondering that even if they ever figure out who is going to do what and when, the most consequential question will still remain: HOW?

You know, as in… saying you’ll cut your CO2 emissions by xyz percent by 20?? is the easy part. Actually doing it is a whole different story.

That’s why I’m so pleased to bring to your attention the conference that took place less than two weeks ago, just up the map from Cancun, in Mexico City, and that seems to finally have opened the ears of the powers-that-be to some real life solutions:

Why is this a big deal? Well, according to David Cadman, head of Local Governments for Sustainability, cities play an absolutely strategic role in the fight against climate change. Urban areas consume as much as 60 percent of global energy production, emit 70 percent of greenhouse gases and will house two-thirds of the world’s population by mid-century. Not to mention megacities such as Mexico City, Seoul, Istanbul or Los Angeles that have larger populations than entire countries but have carried no weight in United Nations climate change talks.

It’s just so blindingly obvious that none of the big wigs seem to be able to see it: The best way to reduce fossil fuel burning is to create infrastructures that don’t force people to waste so much energy. The places to make the biggest dent is in cities, where you can shorten millions of people’s trips and carbon footprints by gradually shifting away from a car, sprawl and cheap energy infrastructure to compact pedestrian, bicycle, and renewable energy oriented land and materials uses.

Think about it: The always hurried and frantic inner city New Yorker produces only 1/3 the CO2 of a mellow suburban Washingtonian, simply because s/he doesn’t have to drive across town for every little haircut. And before you say it’s impossible to change Washington D.C.’s urban infrastructure, just take a look at what has been accomplished in places like Vancouver, Curitiba, or Freiburg.

Mayors to the Rescue

The solution has literally come knocking on the United Nations’ door. Sending a clear message to the international community on the strategic importance of cities in the struggle against climate change, 138 cities signed The Global Cities Covenant on Climate, or Mexico City Pact in Mexico City last week, stating why cities are strategic in combating global warming and establishing a set of voluntary commitments to promote strategies and actions aimed at mitigating GHG emissions and adapting cities to the impacts of climate change.

Yes, it’s voluntary, but volunteerism is actually great when participants are really into the cause rather than using it as a pretext to not do anything. The mayors have set up carbonn Cities Climate Registry (CCCR) where new cities can sign a pledge to take the first steps or cities with climate actions already in place can verify their progress. Already, Calgary, Copenhagen, Cape Town, Mexico City and Nagpur have provided climate data in the registry.

So on December 7, when Marcelo Ebrard, on behalf of 138 cities from around the world, will for the first time get to address high level leaders at a United Nations Framework Convention on Climate Change about local government advocacy, the Mexico City Pact and the cCCR, we can only hope they’ll listen and realize the huge potential in giving more resources and recognition to the city governments that are on the front-lines in the fight against climate change.

Unless, well, unless… they get stuck in traffic on the way to the conference… 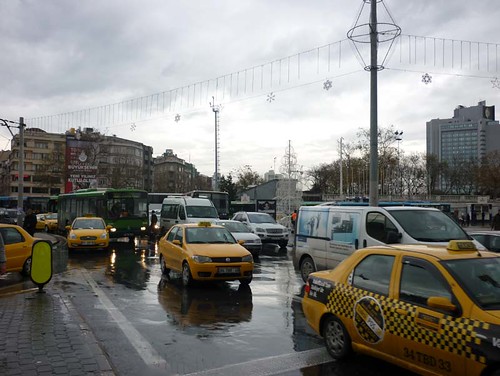 Our Earth – Weather and Flu